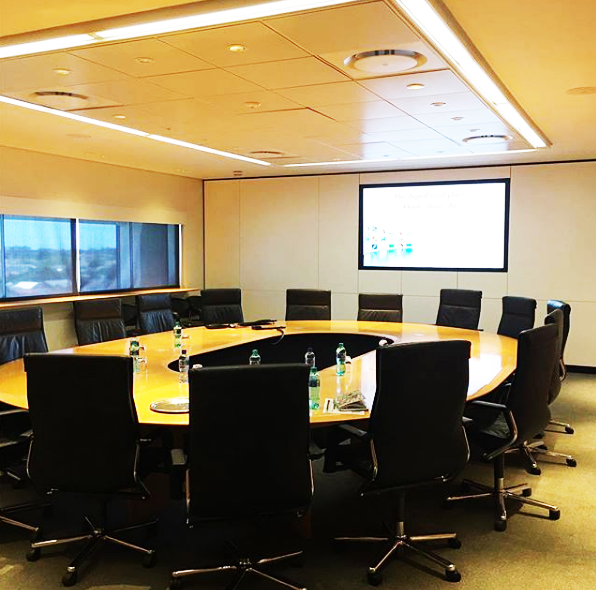 Board Chairman
Mr. Kwesi Amoafo-Yeboah graduated from San Francisco State University in California where he received a BSC degree in Electrical Engineering. He held diverse senior engineering and management roles in US, including Oil and Service giant Sclumberger Technology Corporation. Since 1986, Mr Amoafo-Yeboah has successfully founded and managed a series of companies in the Telecommunication, Financial Services, Real Estates, and Equities. Some of the business he’s associated with include Telligent, I-Tel, Blue Cloud, O-Zone and IZONE. He has also chaired a number of boards in both the private and public sector.

Executive Director
Mr. Michel Souada is the Founder of Microcell Limited and has provided strategic direction and leadership to Microcell for the past 20 years. His excellent leadership skills are behind the Microcell success story.
He is the Owner and Chairman of Isocele Business Service Limited a known IATA Agent and Travel Agency Services for the past 21 years. He was also the Managing Director of Barh Art Furniture Company Limited from 1993 to 1999 and was the Chairman and Executive Director of Magellan Limited (Hotel and Restaurant) from 2003 to 2007.
He was also the first CEO of IZONE Limited from June 2011 to June 2012. He is a Director of Scanport Ghana Limited and also the CEO of Sanbra VIP Lounge in Ghana and Libaria

Executive Director
He is an astute entrepreneur with a diverse portfolio in a wide range of businesses including in the Telecommunication, Electronic Payment, Advertising, Property Development, Food and Beverage sectors.
In 2005 Fouad founded V Mobile, the first EVD in Ghana which pioneered the electronic mobile units transfer platform for retailing mobile units among, operator, retailer and the customer.
Prior to venturing into business, Fouad had a sterling professional career which saw him transition from Finance and Administration delegate at International Federation of the Red Cross in Lebanon to Commercial Director at Scancom Limited, operators of the MTN brand in Ghana.
During his seven (7) year stint at Scancom, Fouad was responsible for some of phenomenal success of the company; leading an outstanding team of marketing and sales professionals to significantly grow the subscriber base of the Telco.
He is a board member and shareholder in the following companies: IZONE Limited, M Pay, Green Line Development Now Available Africa, and Panific.
Fouad Chalabi holds a BSc. Management Degree from Lebanese American University, Lebanon and has participated in an Executive Manager Program at INSEAD Fontainebleau, France.

Executive Director
He is a third generation Ghanaian - Lebanese. He studied in the UK where he obtained his GCE "O" Levels, then to the American University of Beirut as a Freshman followed by 4 years in Los Angeles, California where he studied International Business at CAL STATE, LONG BEACH.
Returning to Ghana in late 1985, he joined the family business in the field of Auto Spare Parts & General Merchandise.
In April 1996 he joined Scancom Ltd. which acquired the 1st. GSM license in Ghana & headed the Sales Department responsible for dealers & distributors for the "SPACEFON" service.
In 2001, he resigned from Scancom Ltd. to establish Foncards Express Ltd. As an authorised "Super" dealer and distributor for Scancom Ltd. nationwide.
In July 2011, Foncards Express Ltd. joined forces with 4 other Super dealers under the auspices of MTN to form a merger which gave birth to IZONE LTD. As the "Exclusive Territorial Dealer" for the Greater Accra Region. Overnight, this merger turned IZONE LTD. into the largest Telecom dealership and distribution network in Ghana. He was also the acting CEO of IZONE from 2016 to March 2017.